Portraits of Jean-Michel Basquiat were taken in 1986 at his studio on Great Jones Street in New York, on an assignment for a German art magazine to take a profile of the artist. The session included a sequence where he drew on a large sketch attached to the wall. There were other people in the studio at the time, but we had a good connection. The session was very successful, resulting in a variety of poses in different locations around the studio. The Basquiat portraits were shot on 35mm colour slide film, and then the slides were scanned. This NFT work contains the process directly involving the artist and his work. 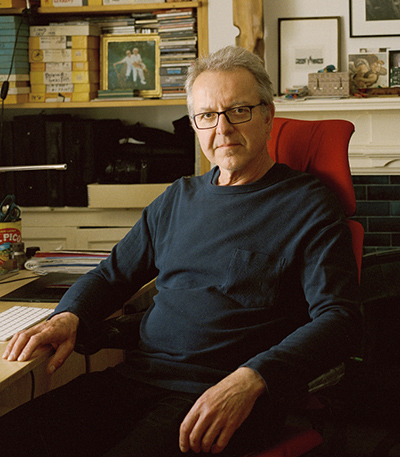 Andreas Sterzing is a German editorial and portrait photographer. Based in New York, Sterzing has worked over 20 years with international magazines.

In 1983 Andreas launched his career with photos of Pier 34, taking part in the project with stories about the East Village art scene where he had been an active participant. Since then he has worked on editorial magazine commissions. His work has been published in many prestigious publications including Stern, Der Spiegel, Geo, Zeit Magazin, Marie-Claire, King Kong and the New York Times Magazine.

Since 2016 Andreas’ work on the Pier 34 project, the East Village art scene, and the Alphabet City neighborhood has been featured - mainly as analogue or digital slideshows - in exhibitions in museums and galleries internationally, including the Whitney Museum of American Art, SeMA (Seoul Museum of Art), KW-Berlin, Museo Reina Sofia in Madrid, Jeu de Paume in Paris and among others.

In 2020 his portrait David Wojnarowicz (Silence = Death) (1989) was named one of “The 25 Most Influential Works of American Protest Art Since World War II” by the New York Times Magazine (No.19 on the list).

Since moving to England in 2005, Andreas has been dividing his time between London and Cornwall, where he is a Senior Lecturer at Falmouth University’s Institute of Photography.